I’m a visual artist. I live and work in Paris.
Having explored various mediums such as painting, sculpture, mosaic and graphics, I’m currently questioning the bond between the organic and the inorganic fibre,
weaving the synthetic material into the natural one
and bestow on them an equal sacredness. 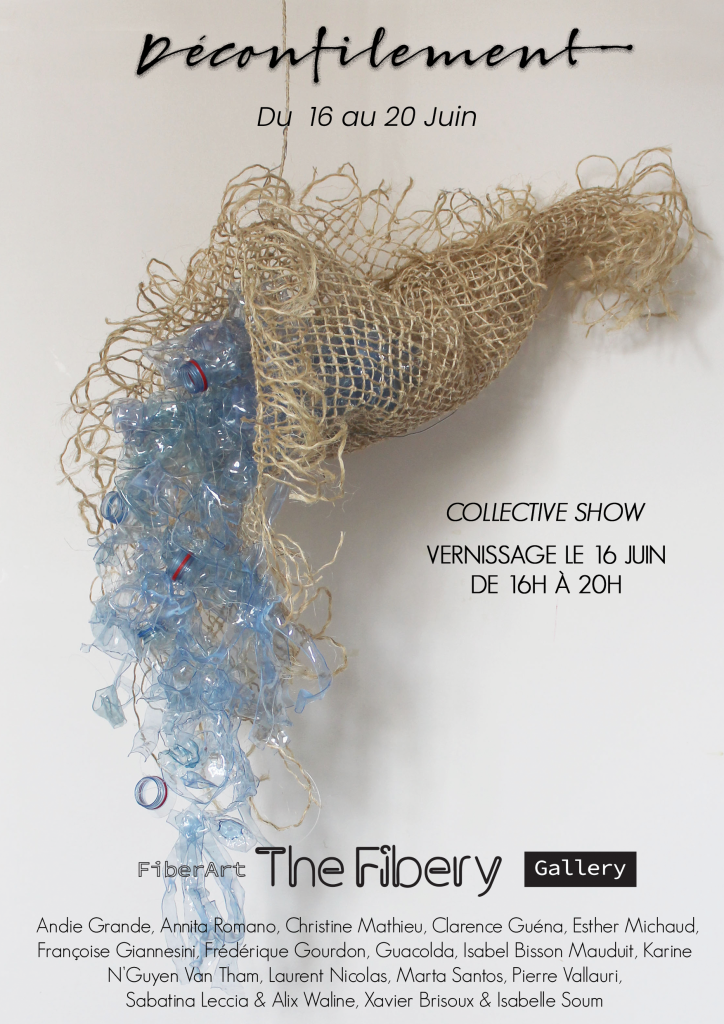 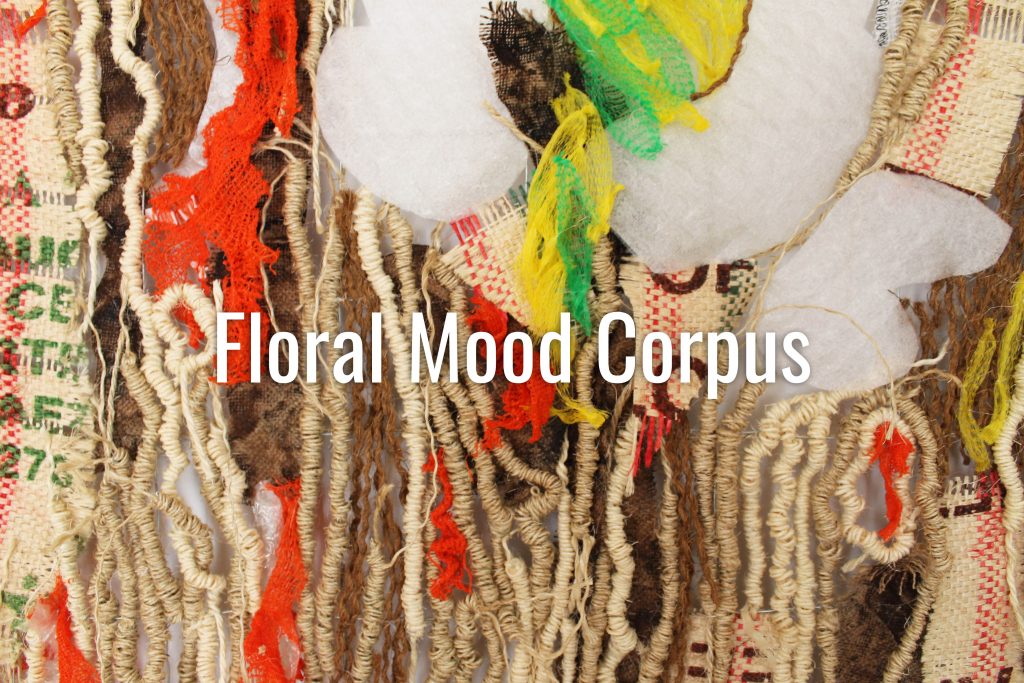 For this current body of work, the inspiration has stemmed from scene which took place in the workshop of Agnès Martin, the American abstract expressionist painter. One day, her New York gallerist visits her in Mexico, accompanied by his little girl. Having arrived in the workshop, the latter is marvelled at a rose placed in… 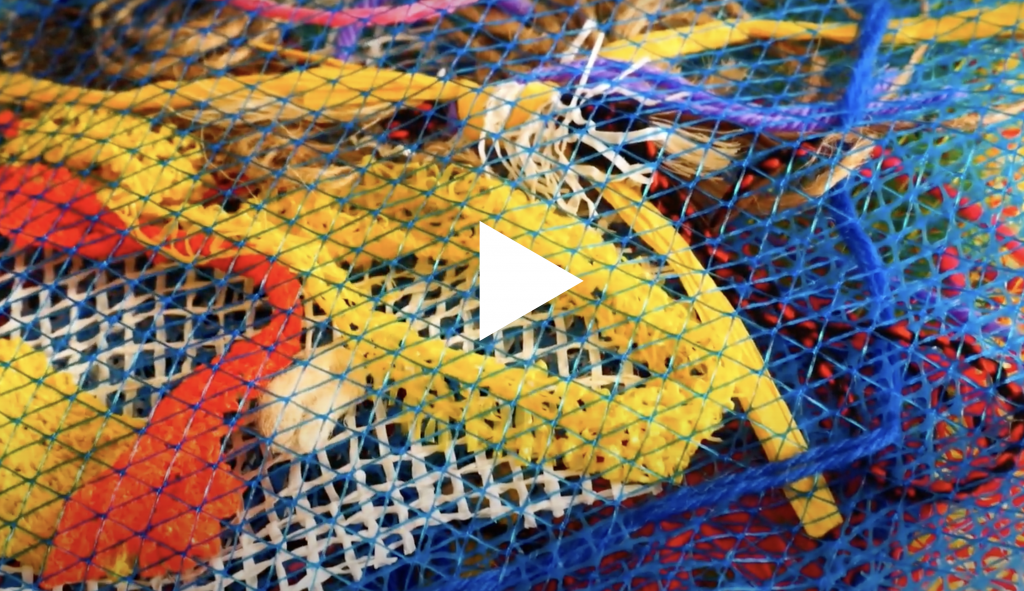 A video from The Fibery – Fiber Art Gallery 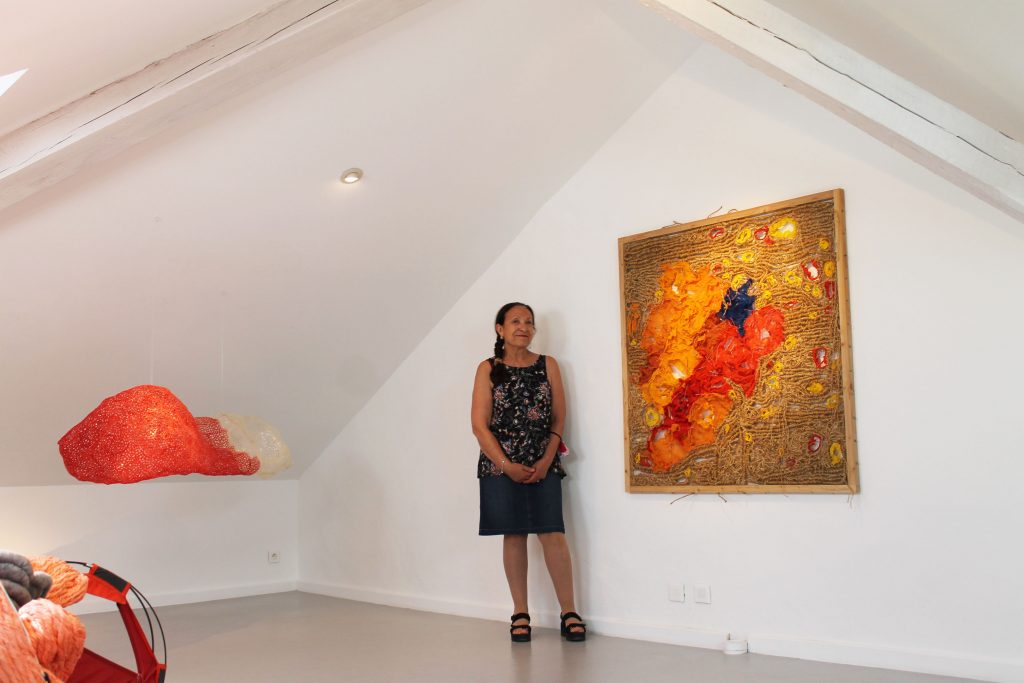 Travelling to the South of France last summer in the vicinity of Avignon we took some time and made a stopover at L’Isle sur La Sorgue. In addition to the legendary charm of the “Provence” region, an extra feature we explored was the exhibition at the Fondation Villa Datris: re-cyclage sur-cyclage which ran from the… 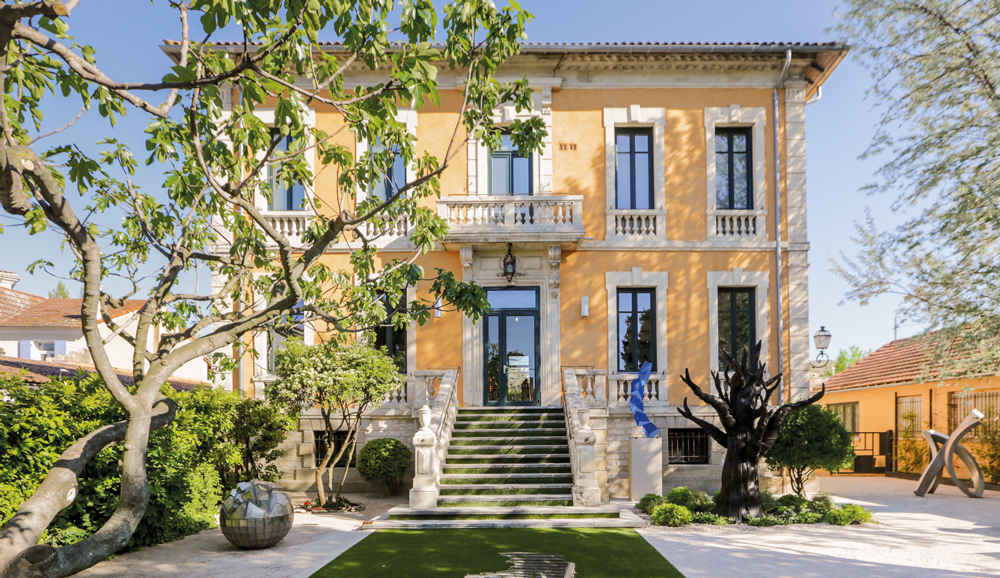 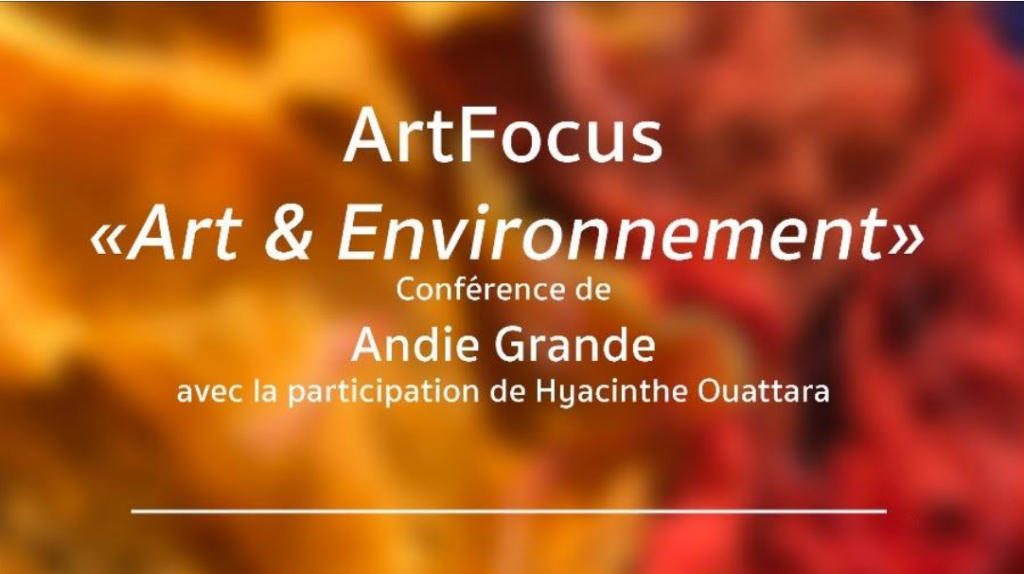 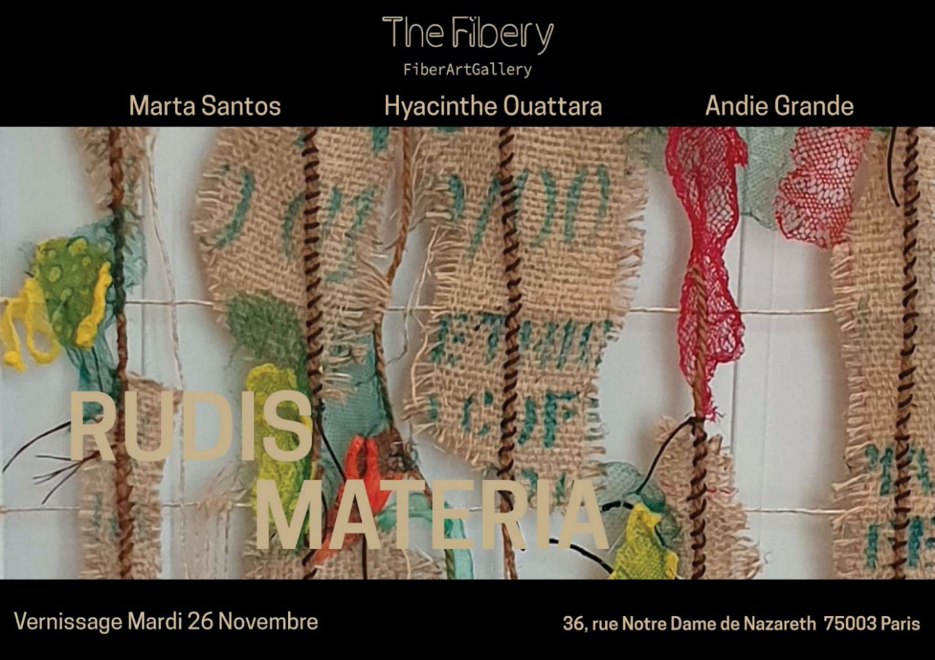 Working with humble materials such as the sisal fibre and refuse synthetic fibre orients my attention to the way we relate to matter. I’m interested in considering how useful these everyday materials are and yet how easily we overlook them. In doing so, something is broken in the way we connect to them. Something precious… 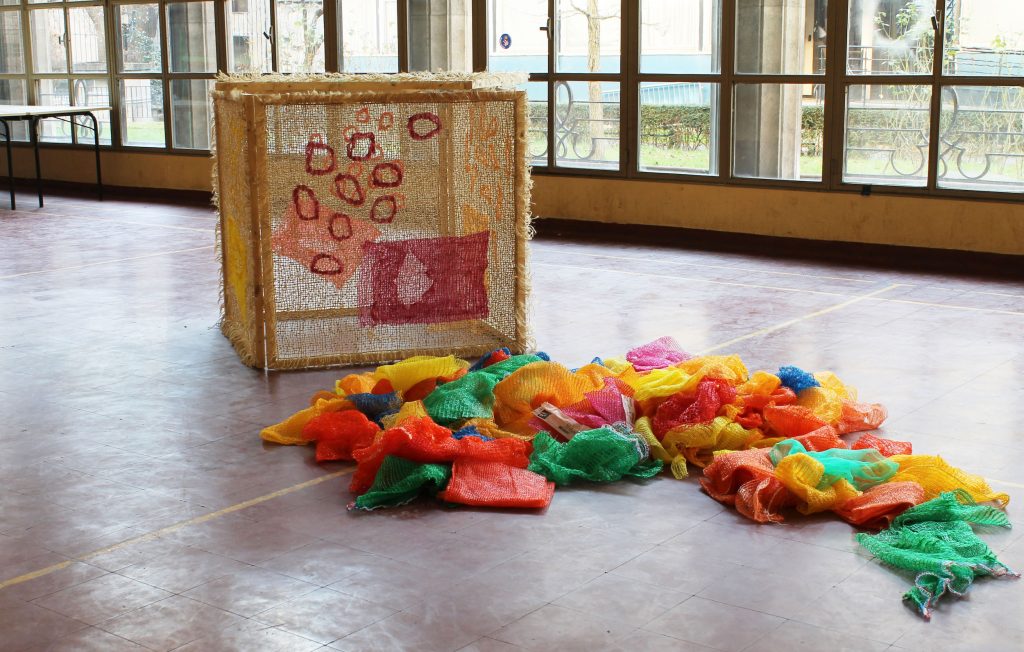 Something precious was lost

By inversing the process
I bring out all the beauty of the tightly woven canvas
by dilating the crossing threads,
making these obvious, tactile.

Shifting the mind-set of the ‘throw away’ culture

Exploring how we relate to matter 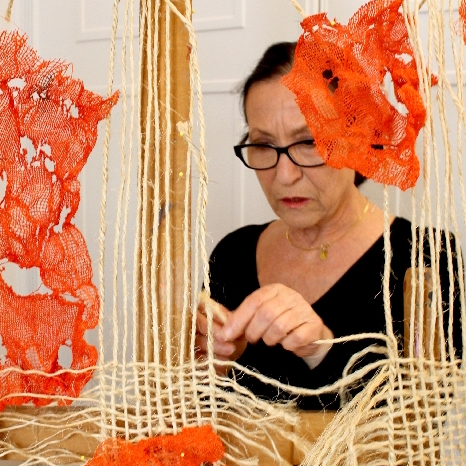 I’m a multi-disciplinary hands-on visual artist, interested in exploring a wide range of mediums including discarded materials. Among my chief concerns is the question of our present day throw-away culture and the loss of the notion of thrift. How we relate to the material world and consumerism is the core issue in my current work which aims is to restore our bond to the environment by reconciling synthetic and organic materials.

In addition to public commissions to design post cards, stamps and produce large scale mosaics, I’ve worked on a four year project which involved introducing modern art in the form of paintings and installations to enhance the Liturgical Celebrations in a Parisian Church.

It is here that I encountered the writings of Teilhard de Chardin – The Divine Milieu and The Heart of Matter – which was a turning point in my vocation as an artist. His work resonated with my intuition on the intelligibility of matter and the sacredness of our surroundings. Teilhard’s research has strongly influenced the way I relate to matter: I consider it as a living entity. Whether organic or inorganic, my interaction with materials is always one of becoming: I know that without the environment as a springboard, no evolution is possible. Along with studio work, group and solo exhibitions, I also give conferences on

Modern Art and conduct visual arts workshops at the Paris Post-graduate Institute AgroParisTech which specialises in the sciences of agronomy, rural, water and forestry. Since 2014, with the issue of ecology in the forefront, my program has been extended to lecturing in Environmental Art and lead workshops with students on the ecological transition by combining scientific research and artistic visual representation.

I graduated from Melbourne University, Australia and obtained a Master’s Degree in Literature from the University of Provence, France. I trained in the visual arts at the ADAC workshops provided by the City Council of Paris.